Collected Work I: The Sufi Message of Hazrat Inayat Khan

Source edition published from 1982 on. All Lectures by Hazrat Inayat Khan are presened in a chonological order, based on the original shorthand notes by his secretaries and provided with numerous footnotes. In a number of volumes the lectures of 1922 to 1926 are included. Besides that there are two volumes with the complete collection of Murhsid’s sayings. In the future the plan is to publish the earlier lectures from before 1922. 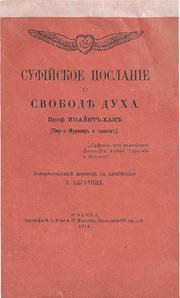 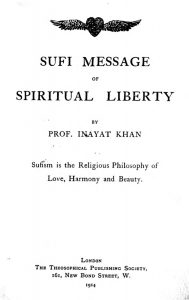 During the time that Murshid lived in London,  eleven book(let)s were issued. These works were modest in size and were composed (and highly adapted) by a number of English mureeds. All books were published at the Sufi Publishing Society.

Miriam Bloch compiled the first biography of Hazrat Inayat Khan with the title ‘The Confessions of Inayat Khan’ (see photo on the right).

Three poetry and song bundles were compiled by the poet Jessie Duncan Westbrook. She translated poems and songs from Urdu into English. The collections were published in 1915 under the titles: ‘The Diwan of Inayat Khan’, ‘Songs of India’ and ‘Hindustani Lyrics’. All three bundles had the subtitle: ‘Rendered from the Urdi by Inayat Khan and Jessica Duncan Westbrook. 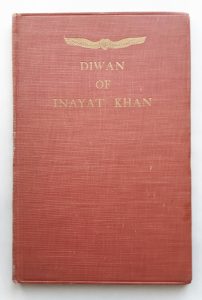 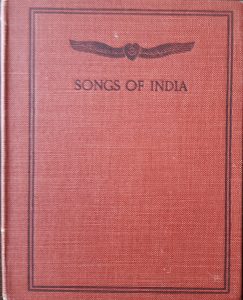 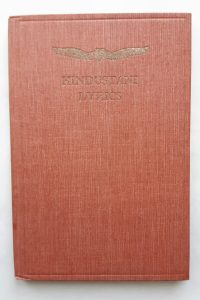 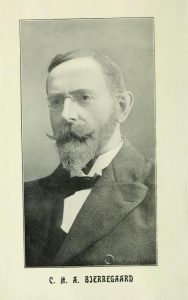 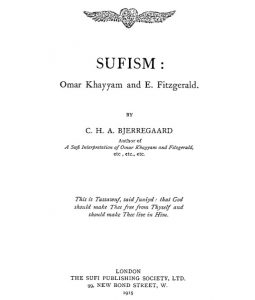 One of the most influential mureeds from the London time was Lucy Sharifa Goodenough. She published three books in the years 1918 and 1919, in which she tries to summarize and explain the ideas of Inayat Khan. The works are included in part V of the collected work of Inayat Khan ‘The Sufi Message of Hazrat Inayat Khan’. The titles are: ‘Aqibat, Life after Death’, ‘Love, Human and Divine’ and ‘The Phenomenon of the Soul’. She called the series: ‘Words of Inayat’. 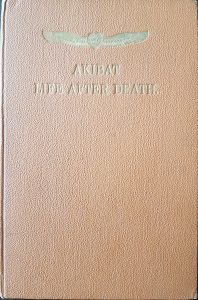 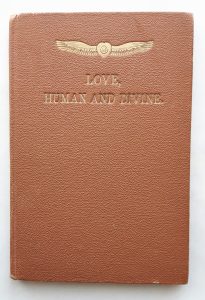 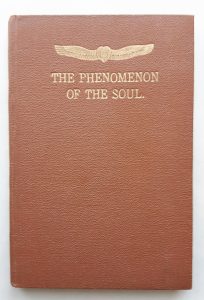 Another mureed from the London time, Miss Zohra Williams, published in the same year, 1919, and in the same layout as Goodenough’s series a book titled: ‘Pearls from the Ocean Unseen’. She called her series ‘Words of Inayat’ but this work seems to be the only one in the series. 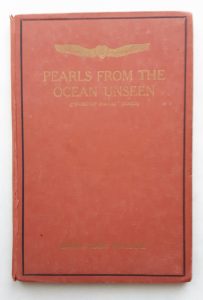 Two other booklets from the London period appeared edited by dr. O. C. Gruner. This doctor from Leeds in England met Inayat Khan when he gave a number of lectures in Leeds. One of the speeches had an autobiographical character. The text has been published by Gruner under the title: ‘The Story of my Mystical Life’. 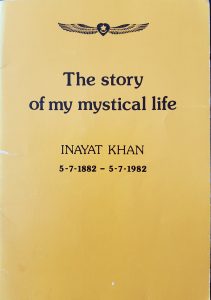 In Eastern Rosegarden is the first extensive book of Murshid. It was published in 1921 by Gruner and contained a large number of lectures from the English years 1918 – 1920. The first and second editions published by Camelot Press Limited in England contain a prologue, an epilogue and a ‘suject index’. These are lacking both in the third edition of Kluwer and in the Volume edition of Van Pallandt from 1962. This last edition, however, contains 11 extra speeches that are missing in the previous editions. 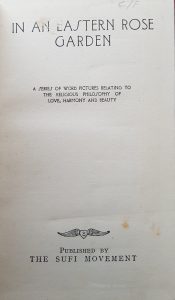