American of Danish descent. Theosophist. Involved in CLassical Sufism before the arrival of Hazrat Inayat Khan to America. Head of the Astor Library from 1879 in New York. He gave Hazrat Inayat Khan access to the Sufi literature collection there. Published at his request a translation of the verses of Omar Khayyam in 1915.

American mureed from Irish descent. Youngest son of John Connaughton and Hannah Mc Fadden. He left for Tenerife in 1908, where his interest for spirituality began. In 1912 he married Marion Pritchard Davis. The couple had one son. During WWI he assisted in various military hospitals and worked in the British diplomatic service. In 1915 he reads about Sufism for the first time and contacted the center in London. However, Murshid makes a tour at that time. In September of the same year he and his family left for California where in 1918 he was initiated as mureed by murshida Rabia Martin. In 1919, during a voyage in England, he was appointed Khalif by Murshid. In 1921 his wife died. Two years later he remarried with Angela Theresa Sieys in San Francisco. He met Murshid again in 1923 in New York. Eventually he settled down with his family in Santa Barbara, where he successively runned a bookstore, opened an art studio and worked in real estate.

American mureed who worked for Sufism in New York. Organized lectures for Hazrat Inayat Khan during his tour in America (February – June 1923) and recorded these lectures in shorthand. She visited the Summer Schools in Suresnes in the 20s of the last century. For the first time this was in 1922 when she was initiated by Murshid. She was the secretary of the Jamiat Council during the 20’s.

Fatah was born in the state of Indiana. He became an orphan at the age of five and was subsequently admitted to a farming family where he acquired the knowledge and skills of the farm. After his high school he went to study. He picked up several studies: agricultural studies, psychology, philosophy and English. In 1919 he met Murshida Rabia Martin, with whom he apprenticed. After he met Inayat Khan in 1923 on his visit to America and was privately initiated by him, he escorted him from San Francisco to New York on  May 1o and then returned to Suresnes on the 9th of June, where he assisted him that year with the annual Summer School. He would stay in Suresnes for a year and was personally guided by Murshid.

In that year he took on the following tasks:

After the death of Murshid he returned to New York, where he led a center for 12 years. In 1942 he moved with his family to Cleveland, Ohio and he started to set up a center there.

American mureed from the Inayati Order (formerly Sufi Order International). Intensively involved in the management and research of the archive of the Nekbakht Foundation and the publication of The Complete Works. Stayed for a long time in Suresnes. Returned to America in 2012.

Visitor from the summer school of 1923. Accompanied Murshid on a tour through Germany in October 1924. In Munich she accompanied a group of mureeds for some time.

Visitor from the summer school of 1923. Daughter of Mrs. Hoeber

Also known as: Sufi Ahmed Murad Chisthi. American mureed from the 20s of the last century. For years he was the right hand of Murshida Rabia Martin. recorded the speeches of Murshid during his visits to the United States in 1923 and 1926. After the death of Rabia Martin, he founded his own movement: the Sufi Ruhaniat Society. Introduced in the sixties the so-called ‘Dances of Universal Peace’ to a largely new and young audience.

You can read his full biography by visiting: https://www.ruhaniat.org/index.php/archive-home/about-sam?highlight=WyJyYWJpYSIsInJhYmlhJ3MiLCJtYXJ0aW4iLCJtYXJ0aW4ncyIsIm1hcnRpbmlzbSIsIm1hcnRpbnMiLCJyYWJpYSBtYXJ0aW4iXQ== 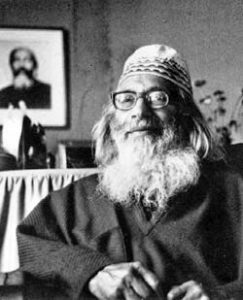 The first mureed ever initiated by Hazrat Inayat Khan: in San Francisco 1911. Became Murshida in 1916/17 and led the American centers until 1927. She then set up her own organization after feeling past for the leadership of the Sufi Movement.

American (New York) mureed of Hazrat Inayat Khan from 1911. Wrote her memories of that early period in: ‘Forty years of Sufism’ a special Sufi Quarterly edition of 1950.

Saladin Reps was an American poet and artist. In the twenties he moved in the circles around Rabia Martin and Sam Lewis. He is seen as one of the first Haiku poets in the West. He has traveled extensively in the far east and published a number of books on Zen, which have also been translated into Dutch.

Sufis in far flung parts of the world mourned the death of Wilfred F. Rosenberg, the American Representative of the Sufi Movement. How few men there are in the world who are universally well-liked by people in all walks of life, and of whom nothing but admiring words may be said! Wilfred Rosenberg was such an individual.

Mr. Rosenberg had a varied education. After graduation from high school, he attended Draughon’s Business School in Texas. Then, in 1938, he received a Bachelor of Law degree from the San Antonio School of Law. He attended public speaking courses at Trinity University, for four semesters, and then, again, in 1951 he attended Trinity University for courses on religion. In 1961 he received a Real Estate Broker’s license from San Antonio College. In addition to these achievements, he continually studied philosophies and world religions.

He worked for the United States Post Office in various capacities for 35 years before retiring in 1963.

He received his Scottish Rite Degrees in the year 1944. These were the degrees from four through number thirty-two. He was invested with Rank and Decoration of Knight Commander Court of Honour on October 23, 1963. He was Coroneted thirty-third degree Inspector General Honorary on November 23, 1971.

The Illustrious Wilfred Rosenberg was solely responsible for overseeing the curtains, drops and various stage properties of the Scottish Rite Temple in San Antonio, Texas. The artist and the other decorators answered directly to him. The responsibility of this task was awesome. The Board of Trustees gave him a special plaque in appreciation of his outstanding work in this connection. He was proud of his work and he loved it. He set up the format for the conferring of the Scottish Rite Degrees in out-of-town reunions and he pioneered many innovations in the presentation of the degrees. Wilfred Rosenberg spent countless hours studying the symbolism and the hidden meanings of the various degrees and very few men had a greater knowledge of the Scottish Rite Degrees, or of philosophy in general.

He was also a member of various other very worthwhile organizations, including the Benevolent Patriotic Order of Elks. For his outstanding work in the Elks Clubs he received an honorary life membership.

His correspondence reached world-wide proportions. Before the taking over of Tibet by Red China, he corresponded with some of the mystics of Tibet. When Prof. S. S. Nehru, the former Chief Justice of India’s Supreme Court, visited San Antonio, Texas, he invited Wilfred Rosenberg

to drop by and chat with him. They had mutual friends in India. Among his many outstanding friends, he was proud to number Manly Hall, the well-known mystic, author and lecturer.

He was initiated as a Sufi in 1956 by Dr. H. J. Witteveen, and he considered his discovery of the Sufi path as one of the highlights of his life. The San Antonio, Texas, branch of the Sufi Movement was constituted by Pir-O-Murshid Musharaff Khan in July, 1960, with Wilfred Rosenberg as chairman. Soon after, he was asked to organize a plan for the establishment of District Leaders and Centers throughout the United States. After the retirement of Mashaikha Nawn, Pir-O-Murshid Musharaff Khan appointed him the U. S. National Representative of the Sufi Movement in 1964.

His love for his Murshid, his love for the Sufi Movement, and his love for his fellow-Sufis was a most beautiful and outstanding quality; this love shone out from him like a ray of light. He had this rare quality of loving kindness. Those of us who were privileged to know him will never forget his earnest face and his beaming smile. He had the sincere, radiant smile of an innocent child, completely without guile. One recalls the story of a young seeker of a spiritual path who asked a wise man, “How can I tell who is enlightened? How can I know who is an advanced soul? How will I find my teacher?” This wise man answered the young inquirer, “There is one test that never fails. You can always tell who is truly spiritual, and who has an advanced soul, as they always have the quality of kindness.” Wilfred Rosenberg had that rare quality of kindness. He was kind to one and all and never willingly hurt a living soul.

His love also was expressed by his interest in all children. He participated as a parent and as a grandparent in the Texas Public School Week. He showed European picture slides to the 4th and 5th grades of the history classes at the public schools. The pleasure of showing the slides and talking to the children and teachers was a fulfilment that he cherished. He devoted much of his time and energies to the burned and crippled children through the program of the two Texas Shrine hospitals and he received special recognition from the Alzafar Temple for this great work.

Knowing that life is continuous, and that death is a birth into another life, we know that today he is supremely happy to be with his beloved Murshid, Musharaff Khan. No teacher, no guide on the spiritual path ever had a more devoted follow-er than our late friend, Wilfred Rosenberg. When-ever he spoke of his “Murshid”, his face shone with joy and devotion. What a wonderful sight this would have been to have seen Wilfred Rosen-berg welcomed, with open arms, by his friend and his ideal, his teacher, Pir-O-Murshid Musharaff Khan!

The world is much bleaker today for us who are left behind, and our sympathies go to his loyal companion, Mrs. Rosenberg. We will always owe to her late husband a great debt, as he set an example to all by his diligence, his unflagging devotion to good works, his high ideals, his loyalty, but above all, by his kingly quality of loving kindness. So, we are saddened that an era passes. We will all miss our friend.

Met Hazrat Inayat Khan during his visit to San Francisco in 1923. Traveled to Suresnes in 1925 and was initiated by Saintsbury Green. Visited the famous Samadhi Silences during the summer school.