Visitor of the Summerschools in Suresnes in 1925 and 1926. Momin emigrated to Australia in 1927 and founded the first Sufi centers of Australia in Melbourne and Sidney.

From his WIKI page:

Friedrich von Frankenberg (2 January 1889 – 1950) was one of the early founders of Sufism in Australia.

Friedrich von Frankenberg was an early Australian representative of Sufism, the mystical order of Islam first brought to the West by Hazrat Inayat Khan. He was born to an aristocratic and cultured family and raised mostly in Germany. His mother, Jessie Elliot, was the daughter of a wealthy Australian industrialist family. Her family owned property in Algeria, and her father resided there for lengthy periods. This may be where von Frankenberg first encountered Islam.[1] In 1925 he attended the Sufi Movement Summer School, led annually by Inayat Khan at Suresnes in France. He was accepted by Inayat Khan as a mureed, and given the Sufi name of Momin (meaning faithful), as well as instruction in spiritual practices.

In 1927, Von Frankenberg immigrated to Australia, leaving behind his wife and son in Germany. His mother, Jessie Elliot, had inherited a substantial estate from her father, but it had been frozen during World War I because Elliot and her son were German nationals. He seems to have initially travelled to Australia in order to settle his claim to the family property. In Australia, he married an Australian woman, Olive Pauline Ward Taylor. His second wife, generally known as Stella, or by her Sufi name of Lila, was an accomplished pianist and member of a successful business family in Sydney. In the 1930s the Von Frankenbergs settled on a dairy farm called ‘Spring Hills’ at Camden, on the outskirts of Sydney. From the 1930s to the end of his life Von Frankenberg worked to spread Sufism in Australia and established and led the first Sufi groups in Australia. During World War II, he came under suspicion from the Australian authorities, due mostly to his German background. He was questioned and his mail was monitored, but he was not interned. In the later years of his life, the small movement that he had founded split, with some members following Francis Brabazon into becoming disciples of Meher Baba.Von Frankenberg died in 1950 at the age of 61 and was buried in the Camden cemetery 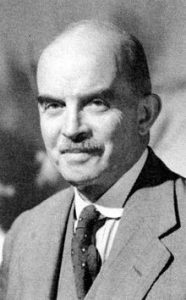 Momin Frankenberg at an older age

American mureed who lived in Germany. Her first summer school was that of 1923, where she was ordained a cheraga. She became center leader in Munich from 1924. During the summer school of 1925 she became Shaikha. (Source: Biography)

Born in England as Miss Peake. Married the German Triebel. Mureed from Berlin in the 1920s. On his tour of Germany, Murshid used to stay with the Triebel couple when he visited Berlin.

Frau Triebel handed over the work for The Message to Mrs. Wassener. After the war, Petra Beate Schildbach’s mother from Berlin,  committed herself at the request of Mrs. Wassener, to the continuation of the Sufi Movement in Germany. Petra Beate then took over this task from her mother and manages the center of Berlin to this day.