Norwegian mureed of Hazrat Inayat Khan from the Suresnes time in the 20s of the last century.
October 1923: while being a student in the yoga tradition and a member of the Theosophical Society and the Order of the Star, he was asked by Sirkar van Stolk to translate the Murshid lecture in Oslo simultaneously in Norwegian. Then he was initiated by Murshid during a train journey; (see also Biography, page 491)

Visited the summer schools in the 50s in the Netherlands. From 1947 she was National Representative of Norway. No further data available yet.

Norwegian, mureed from 1924. Center leader of Oslo. National Representative of Norway from the mid twenties until probably 1931. 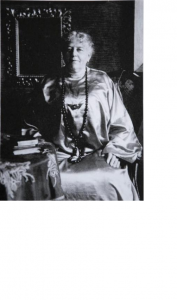 Norwegian actor. National representative of Norway from 1932 to 1935. Visited the Summer Schools in Suresnes during the nineteen thirtees.